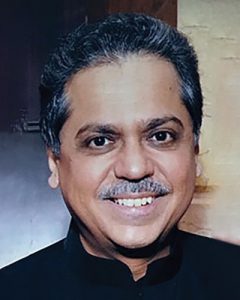 Born and brought up in Hong Kong, Mohan studied at Sir Ellis Kadoorie (AM) School and St. Joseph’s College before undertaking legal studies at the University of Hong Kong.

In 2020, he was awarded the prestigious Silver Bauhinia Star in recognition of his meritorious and dedicated service to the Judiciary and Hong Kong community.