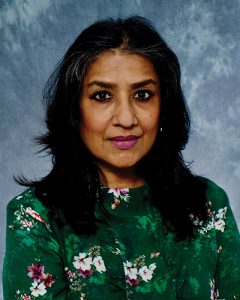 With a background of over 10 years in Television and Media in India, Lakshmi Mahey Laroia today continues to be involved in the industry in Hong Kong. Her company, Media Focus Ltd, has produced various performing arts events, as well as line produced several films in Hong Kong since 2004.

She produces the annual weeklong Festival of India culture, India by the Bay in partnership with Teamwork Arts India and The Asia Society Hong Kong Center.

She has worked directly with children in several charities over the last 20 years. Both she and her husband are active supporters of several children’s charities in Hong Kong and in India.

She is a keen supporter and promoter of the arts in Hong Kong. Lakshmi also paints and exhibits her work online.