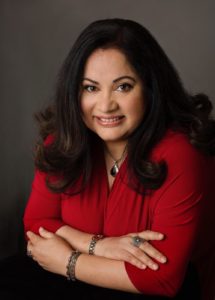 As the Co-founder and Chairwoman of the Integrated Brilliant Education (IBEL), a registered Hong Kong charity which enjoys a formidable reputation for its stellar work, Geetanjali is involved in formulating innovative solutions to the pressing social issues among the underserved population in Hong Kong. Geetanjali is honoured to take over the reins of Board of Directors as Chairwoman with effect from 1st April 2021.

With over three decades of rich experience as an entrepreneur, an educator and an equality & inclusion advocate, Geetanjali is committed to enhancing existing pedagogies in the field of language learning via her organisation Sanskriti Global. She has created unique benchmarking standards in the field of education. The organisations she founded, conduct programs for schools, universities across multiple regions (Singapore, India, Hong Kong) as well as various HKSAR departments. As a trained hospitality master trainer, she also lends her expertise to the hospitality industry.

Geetanjali Dhar, was elected as the Chairwoman of the board of directors at Women Entrepreneurs Network Hong Kong with effect from 1st June 2021. Intricately involved with WEN since 2016, she looks forward to further build upon and launch a range of new benefits for WEN members.

She is a post graduate in business management, a diploma holder in hotel management and is an accredited educator for Hong Kong. Geetanjali has received numerous awards in recognition of her outstanding work including ‘Woman of Influence Award’ by the American Chamber of Commerce Hong Kong in 2019; ‘Pioneering Women Leader’ at World Woman Leadership Congress in Mumbai and Hong Kong’s Women Leaders award in Hong Kong 2018.
Geetanjali is married to Manoj and they have two wonderful children Karan and Tanya.