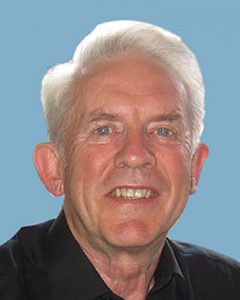 Born and educated in the UK, Bryan left England in 1968 for a supposed two year assignment in the Bahamas; he never returned. During the past 50 years he has lived and worked in the Bahamas, West Africa, the USA, and Hong Kong, arriving here in 1993.

A career International banker he worked some thirty plus years with JPMorgan Chase before his early retirement in 2003. He then spent five years as Chief Executive and Consultant wit Coutts Bank in Hong Kong.

Since final retirement in 2008 he has worked extensively with a number of not-for-profit entities including chairing the boards of the City Chamber Orchestra of Hong Kong and the Wells Music Society.

He has been an organist with the daughter churches of St. John’s Cathedral for over twenty years and was the Director of Music of the Hong Kong Welsh Male Voice Choir for seven years.